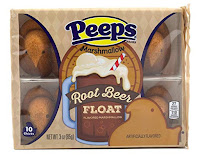 Root Beer Peeps
$6.18
Ignore
I think peeps are overrated. I know they are very cute to look at. I have never had any of these flavored ones that just didn’t taste like sugar. Are they normally this price? It seems like a lot for one pack. I can’t imagine the root beer flavor being very strong. I also don’t think root beer as a flavor is successful. I want to see more creativity from Peeps. Stuffed Peeps? Maybe with some sort of creamy or caramel filling.
Source 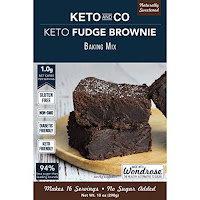 Keto and Co Fudge Brownie Mix
$9.99
Order
I don’t follow keto strictly but I like some of the ideas. I think this is a really good option for keto followers for the easy factor. Buying keto and gluten-free baking ingredients get expensive very quickly. I think 16 servings is a fair amount for the price. You can add other keto friendly toppings if you want as well. The sugar is super low which is good for diabetics. I would like to see more keto or gluten-free baking mixes because I think there is potential for tasty, healthier snacks.
Source

Chicken and Waffles & Maple Bacon Doughnuts Limited Edition Bundle
$10.98
Ignore
There is not any cereal I’d pay around $5 for. I stopped eating cereal in college. Oreo O’s tempt me sometimes but that is it. I don’t think every brunch food needs to be turned into cereal. There is a disclaimer about the chicken version claiming that there was no chicken killed. I do not want fake chicken flavor and I certainly don’t want that with milk. Waffles are too neutral of a flavor for a cereal. As far as the maple bacon flavor, again I don’t want meat flavor with milk. I have seen these in store and the boxes are smaller than normal size so you are not getting the best value.  I would rather cereal go more into the dessert direction. Ice cream, cupcakes, popsicles, just not savory foods.
Source

Pork King Good Low Carb Keto Diet Pork Rind Breadcrumbs 12 oz
$12. 99
Order
This just seems like a cool idea regardless if you do keto. It’s truly convenient. You would have to buy so many bags of cracklings, then grind them up.  I haven’t seen these in stores but that will probably change soon enough. I like the idea of a different option besides just regular bread crumbs. There is also a spicy Cajun version which could be good as well.
Source

Pickled Red Onions
$12.50 for 12 oz
Ignore
I actually like pickled onions. They are a good topping for cava and meeze bowls. My problem is that this is a ripoff. Apple cider vinegar cost less than 3 dollars and a little goes a long way. A large red onion is usually $2.00, You can buy it chopped for no more than four dollars. The only other thing you need is salt and sugar, and that is very cheap. It is much easier and affordable to make them your own. Unless someone has major hand issues (hello welcome to the nerve damage club), just make it on your own.
Source