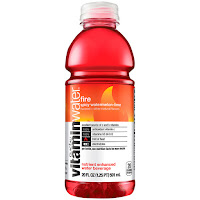 Glaceau Vitaminwater Fire Spicy Watermelon Lime
Watermelon lime with heat
$1.89
Ignore
A hint of heat? It’s already water. We all know vitamin water does not have the flavor strength of Gatorade. This is going to taste like vague fruit water with a weird burn. I feel if you are going to bring the heat to a flavor, be way bolder about it. Watermelon is not a strong flavor. This sounds like it would be a better base for those watermelon salads Pinterest moms will present at the town meeting. I don’t think this will be successful for them.
Source 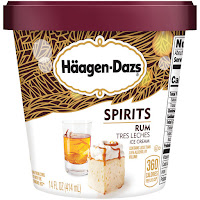 Haagen-Dazs Spirits Ice Cream Rum Tres Leches
White rum ice cream, Dulce de leche and tres leches cake pieces
$3.99
Order
Rum should be in more desserts. I’m surprised this isn’t more prevalent in the frozen aisles. Haagen-Dazs rarely fails so I think this would be a good buy. I really like cake pieces in ice cream and wish they were used more. Usually, I can catch a sale so I would get this flavor and then a safe one that I already know I like. These flavors make sense to me. Tres Leches cake should be getting more attention as well.  I just can’t see anything wrong with this.
Source 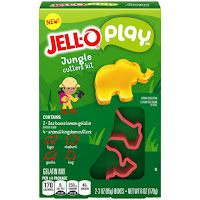 Jell-O Play Jungle Cutters Kit Gelatin Mix Lemon
$3.99
Ignore
I’m not a mom or someone who looks after a child but this just seems bad all around. Jello is already thick, I don’t want it thicker. It is not clear if kids are supposed to eat this or not. I also don’t see how this would be a long-lasting toy either. Do you play with it on the table? I understand the cut-outs but I think id rather bake cookies and have the kids press out the shape. I also don’t think lemon was the best choice here. That is not a neutral kid’s flavor. How durable can these really be? It’s a miss for me.
Source 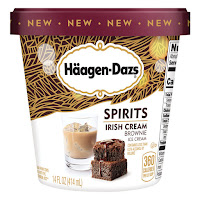 Haagen-Dazs Irish Cream Brownie Ice Cream
Irish cream infused ice cream with brownie pieces and a fudge swirl
$3.99
Order
To be honest, I want to use this as a base for an adult milkshake. Irish cream goes great with chocolate. Brownies are one of the best add-ins for ice cream, point blank period. The fudge swirl is a good texture as well. This is the safest option in the spirits line but I think it will be good.
Source 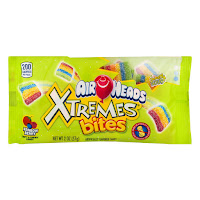 
There is enough chewy fruit candy out. I would much rather see a re-launch of the strips instead. It is like a more interesting fruit roll up. This is just not interesting enough. If you were going to go chewy, maybe have some sort of jelly filling? Something besides just being soft and chewy. People are pretty loyal to starbursts and they probably do it much better than this. Not happening even though it’s cheap.
brownies haagendazs irish cream jello lime rum tres leches vitaminwater watermelon