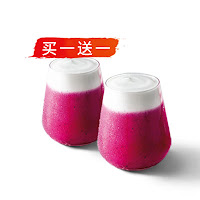 Pizza Hut China Dragonfruit Milk Tea
Passionfruit tea layered with milk
25.0 yuan
Order
I’m a fan of putting milk in hot or cold tea. I usually don’t order drinks because I can buy soda cheaper almost anywhere else. I can’t just get dragon fruit tea anywhere so I would try this.  This can’t be that bad for you either. I like a fun, different drink so I would definitely add this to my order.
Source 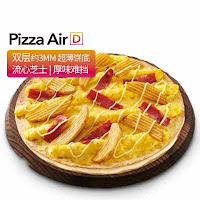 Pizza Hut China Crispy Potato Wedge Pizza
The ultra-thin crust, cream cheese, and mozzarella cheese stuffing, imported potato wedges and bacon, and Mozzarella cheese.
79.0 yuan
Order
This seems more like an appetizer I’d get at a TGI Fridays or something. I like the idea of different cheese and potatoes. It comes with bacon too which looks good. I could see this being sold as a flatbread. I’m getting scalloped potato vibes from this. I think this would sell well in The USA. The more cheese, the better.
Source 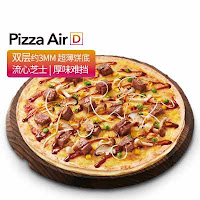 Pizza Hut China Teriyaki Beef Pizza
The ultra-thin crust, cream cheese, and mozzarella cheese, X Jindao beef, South American shoulder-slipped beef with teriyaki flavor, sprinkled with olive oil. White jade mushroom, shiitake mushroom, crab mushrooms. Topped with the Japanese-style teriyaki sauce prepared with the white sesame seeds. “Greasy”.
99.0 yuan
Ignore
The description had the word greasy at the end which helped make my choice. I don’t want anything greasy on a pizza, especially when there is already teriyaki and olive oil. There’s just a little too much going on for this thin crust pizza. I don’t believe it would hold up. Two types of beef, 3 types of mushrooms, two forms of liquid. I also think the mild cheeses won’t mix with teriyaki. I don’t think any cheese needs to be involved with Asian sauces.
Source 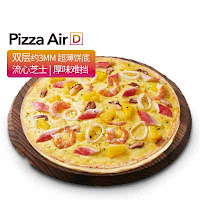 Pizza Hut China Extra Thin Seafood Pizza
cream cheese and mozzarella cheese, variety of seafood ingredients, fresh teeth, and a fresh marine flavor.
109.0 yuan
Ignore
When I translated the page, the word teeth popped up. I have no idea what that is supposed to be but that’s not why I’m not buying this. I want to know exactly what type of seafood. Also, I don’t like seafood imperial and this seems like it but just in pizza form. I also don’t think this pizza would hold up well on that crust either. Why is there so much cream cheese involved?
Source 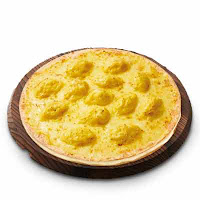 Pizza Hut China Durian Pizza
cream cheese and mozzarella cheese, durian flesh.
119.0 yuan
Order
Durian is supposed to taste better with cheese so I’d try it. I would need a coupon though; this couldn’t be my only option. Cream cheese makes sense here since its with fruit. I want to try this fruit just once. I can handle a tough smell, I’ve had chitlins before.
Source