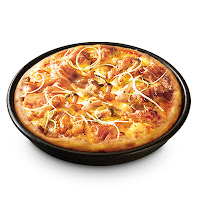 Pizza Hot China Grilled Beef Pizza
noodles, cheese, mushrooms, white jade mushrooms, crab mushrooms, sweet marinated beef slices, scallions, coarse black pepper, white sesame
69.0 yuan
Ignore
Three different types of mushrooms on a pizza is a lot, and I like them on pizza just fine. I don’t think sesame goes well with cheese and pepper isn’t going to make a difference. I can’t tell if it’s just a drizzle or not. I don’t want sweet meat with mozzarella cheese either. There is a level of spice missing here.
Source Dominos Korea Octopus Bomb Pizza
Whole Shrimp, Octopus, Mushroom, Pepper, Red onion, Parsley, Parmesan, Feta cream, Mozzarella, Horseradish sauce, Deep cheese sauce
29,000 South Korean Wan
Ignore
I almost was on board until I read horseradish sauce. Horseradish is way too strong for all of these flavors. Shrimp and octopus tend to be very mild. Cheese sauce, feta cream and the horseradish is too many moist components on one pizza. I also don’t see how all three of those can mix well. I really hope the shrimp are deveined.  There’s just a little bit too much going on here
Source 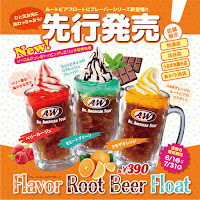 A&W Okinawa Flavored Root Beer Floats
Raspberry, Mint Chocolate and Orange
390 ¥
Order
Root Beer Floats are highly underrated so I’m excited to see some new flavors involved. I personally would choose the raspberry flavor over the other two. I don’t think mint would work well. I think white chocolate would be a better choice, even a vanilla syrup would be good too. Orange might work as well with the vanilla ice cream.
Source 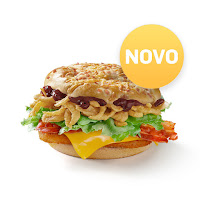 McDonalds Portugal Dallas BBQ Chicken
crispy onions, cheddar cheese, lettuce, bacon, barbecue sauce and breaded chicken on a delicious tex-mex bread (with bacon and cheese).
Price Unknown
Order
I would like to take this opportunity to express my jealousy about other countries getting crispy onions on their sandwiches. Why does it have to be a limited time option in America? Onions and batter are cheap. Crispy onions add a different flavor profile to a sandwich. Also, why can’t we have cheddar cheese on more sandwiches? Is it really that more expensive than American cheese? Why is pepper jack an option over cheddar? I’m also interested in the bread. There should be a lot more bread options for sandwiches in the US as well. It’s not like they’re freshly baked in store.
Source

McDonalds Fiji Brekkie Burger
Hashbrown, cheese, egg, chicken patty, and bbq sauce
Price Unknown
Order
I just really like the idea of those greasy ass hashbrowns on a sandwich. I think a chicken patty and an egg is an interesting combination. I don’t want bbq sauce for breakfast but I could see trying this in the afternoon. I think for it to be truly breakfast; it needs to be on a biscuit with a different sauce. I’d like to see something hollandaise inspired.
Source