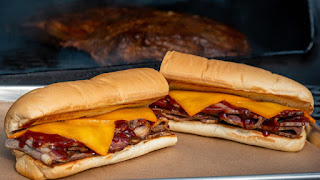 Subway’s New Pit Smoked Brisket Sandwich
Brisket, cheddar, bbq, sauce, and Italian bread
6 inch for ~6.59
Ignore
I don’t trust subway with meats that aren’t deli-style. The chicken and beef in my experience can be dry and not worth the price. I’m really into a sauce which can hide a lot but there are too many other sub-options I’d rather try. Brisket in the fast-food world can be fine but it’s going to be skimpy because of the price. I'd rather go to a bbq place and get a brisket sandwich. I would need a sample of this before I bought a whole sandwich.
Source 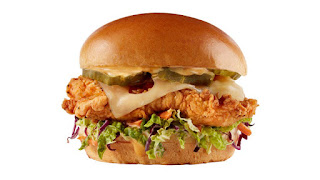 Buffalo Wild Wings Southern Chicken Sandwich
Beer batter chicken, swiss cheese, bacon aioli, napa slaw, and pickles
$11.99 with fries
Order
I have very little experience with BBW. I can make wings myself and it's not hard to buy the sauces in store. Beer batter is a huge weakness for me. I like the lighter texture. The only thing that perplexes me is swiss cheese. If neutral is the goal, why not a Colby or Monterey jack? I want something with way more melt status. Bacon is not a stand-alone flavor. I think a stronger cheese could be a good match for this. There is also a spicy version but I’m not that crazy about ranch on a sandwich. You can get just the beer batter tenders which are also something I would buy.
Source

Michelob Ultra Infusions
Pomegranate and Agave, Lime and Prickly Pear Cactus
Price Unknown
Order
Beer is out of my comfort zone unless something is being fried. I am team cider or really any other alcohol over beer. I have fought with men over this often. However, fruit may be the solution for me so I'm not drinking cider alone. I think I would pick the lime first bc I will drink a corona if I have a lot of lime so maybe this will be good?
Source 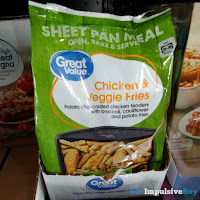 Great Value Chicken and Veggie Fries
Potato Chip crusted chicken, broccoli, cauliflower, and potato fries
Price Unknown at Walmart
Order
The idea of chips for batter makes sense. There is salt and crisp involved. Hopefully, if this type of thing goes mainstream we could get more chip options like cheese or bbq. I love fried veggies so that was also an easy sell. I could care less for the cauliflower but there is enough going on I’d try it and make a sauce to go with it. Sheet pan meals are popular on food blogs so if I can get one that I don’t have to prepare is a risk I’ll make.
Source 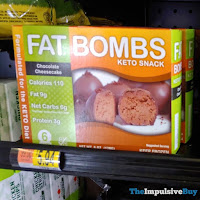 Fat Bombs Keto Snack
Snickerdoodle, sugar, chocolate cheesecake
$5.94 at Walmart
Order
Fat bombs have been on my dessert recipe list to make for months. I haven’t attempted it because I don’t have the molds. I don’t follow keto, more low carb than anything else but these could be a good, somewhat “healthy” snack for me. I would go for the chocolate first. Snickerdoodle doesn’t do much for me even though I like cinnamon.
Source