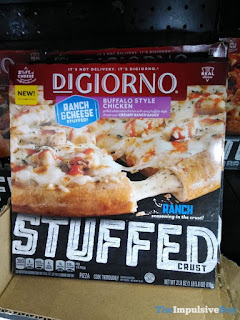 Digiorno’s Stuffed Crust Buffalo Pizza
Buffalo chicken pizza with ranch-flavored stuffed crust
Price Unknown
Order
I love stuffed crust! It’s so hard to find these days, even most chains don’t do it besides Pizza Hut to my knowledge. I have no problem with paying extra to have crust taste so much better. I will always select options to have more cheese. Adding flavors inside the crust is new and I will buy this when I see it. I don’t buy a lot of frozen foods but the pizza I will. However, if I learn how to make the stuffed crust myself…
Source 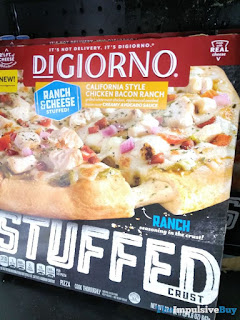 Digiorno’s California Style Bacon Ranch Stuffed Crust Pizza
Chicken pizza with bacon and avocado sauce. Bacon and ranch inside the crust
Price Unknown
Order
Pretty much what I said above but add in the new sauce. I have never had avocado anything with pizza so I would definitely try this before the other one. I think it could really work. I probably wouldn’t take the time to make a sauce like that at home so this would be ideal to buy prepared. Chicken can be hit or miss on pizza but Digiorno is one of the most reliable frozen pizza brands.
Source 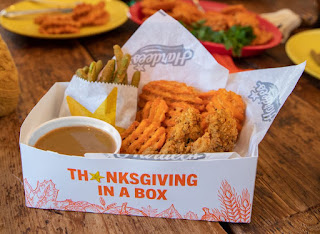 Hardee’s Thanksgiving Box
Stuffing breaded chicken tenders, sweet potato waffle fries, fried green beans, gravy
$6.99
Order
I need those green beans. I am obsessed with fried vegetables. I don’t have an issue eating vegetables the healthy way buy frying them really adds flavor and texture. It also allows me to have a dipping sauce which I love. Usually when you have a fried vegetable option its zucchini so I like seeing other options. I have no interest in sweet potatoes. I will make you a pie if you ask me to but I do not want it fried. The tenders are interesting. I have never heard of that. It’s like a savory chicken and waffles. The gravy would definitely be used with those. I prefer the cornbread based dressing with sausage but I would get this box. It is a fun option that just isn’t turkey.
Source 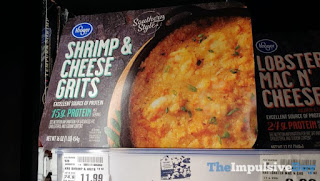 Kroger Shrimp and Grits
$11.99
Kroger
Order
I enjoy shrimp and grits but it isn’t something I order often. It is usually expensive. I can make it but it can be a lot of work. I would try this even though it’s $11.99. I will pay more for seafood. I’d maybe make sure I have butter and extra cheese just in case it needs a boost. I like the idea of frozen foods that are a bit fancier than normal.
Source 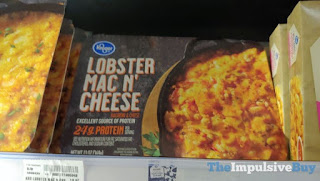 Kroger Lobster Mac n Cheese
Price Unknown
Kroger
Order
I haven’t had this much but I would defiantly buy it. I have been making my own mac n cheese for the family since high school but it can be a lot of work. Lobster is very expensive so I’m not buying it just for mac n cheese. If I am buying lobster I just want some melted butter that’s it. I don’t know how much this is but I’d pay it because I know I am paying for the lobster. A small part of me wishes there was some jalapeno involved but I can do that myself.
Source