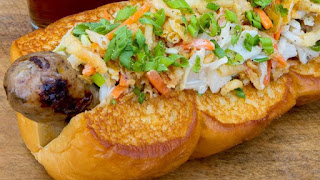 Dog Haus Turducken Sausage
turducken sausage topped with turkey gravy, Haus slaw and crispy fried onions, all served on grilled King’s Hawaiian rolls.
Price Unknown
Order
I talked about Dog Haus in my post about what chains I want to try (Chains I want to try) and I would definitely get this. I personally have never seen a real turducken in person so this might the best chance I have. The texture would probably be different than what I’m thinking, not as moist because of the amount of white meat. Gravy is a favorite and I can’t resist a fried onion topping. I could do without the slaw but I’m happy there isn’t cranberry on there just to be” festive”.
Source 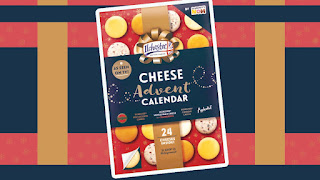 Cheese Advent Calendar
$20
Target, Lidl, Kroger, and others
Order
One day I will get one of these calendars! Cheese, wine, beauty, whatever I want one. I am absolutely obsessed with cheese and would struggle only eating one a day. There seems to be a variety of options but this could be called the book of cheddar and I’d still want it. I would like to see a mini liquor version and a salami one as well.
Source 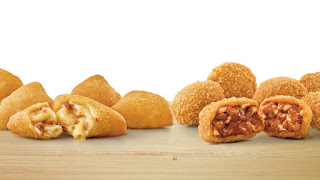 Sonic Mac n Cheese Bites
$2.99
Order
To my knowledge, Sonic doesn’t serve mac n cheese so I would be interested to know what their version is.  I think it’s a fun twist on just mozzarella sticks. Outback Steakhouse and Cheesecake factory have the best versions of it in my opinion. I like the addition of bacon, hopefully, it’s not just bacon bits (do those still exist? It’s like pork flavored pebbles). I’m not seeing a sauce option so I’d probably get ranch.
Source 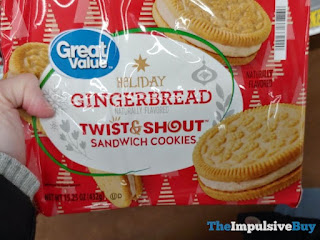 Great Value Gingerbread Twist and Shout Cookies
Price Unknown
Walmart
Order
There are not enough gingerbread options. I usually just buy the Pepperidge farms gingerbread cookies but I would enjoy more options. I have not tried Walmart’s version. I know they are cheaper so this would be a low risk buy for me. The natural flavor is a nice touch as well because they could have easily added more fake flavors.
Source 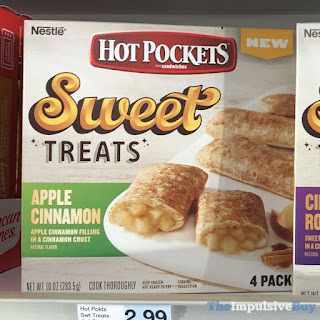 Hot Pockets Sweet Treats
Apple cinnamon and cinnamon roll
$2.99
Ignore
What is the dry, bland wannabe toaster strudels is this? Hot pocket bread does not even remotely compete with the flaky layers of toaster strudel. For the base, I either want more of a pie crust or a flaky crust. Not just a toasted bread. The filling for the cinnamon one is really unappetizing. I would rather the cream cheese been an icing drizzled on top. The apple one just looks boring. I just can't imagine this competing with the other sweet breakfast options. The price is good though.
Source