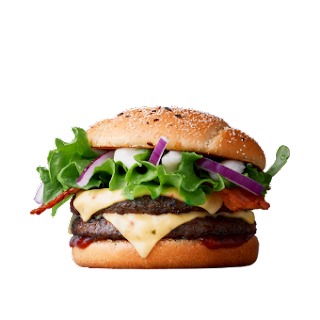 McDonalds Finland Jamaican Beef Burger
Caribbean seasoned roll, pepper jack cheese, bacon, lettuce, red onion, mcfeast sauce, jerk sauce
Price Unknown
Order
Jerk seasoning is not well exposed in the fast-food community. It is a different type of spice that you have to go to Jamaican type places to get it which can be difficult. What stands out to me is the layering of spice. You have it in the bun, cheese, and sauce which has similar elements of hot peppers, but they are individually different. I wouldn’t mind fast food limited editions if it was spicy burgers, unlike beauty items. Give the customers maybe 3 months to see if something will be successful. There is also a crispy chicken version and a vegetarian version.
Source 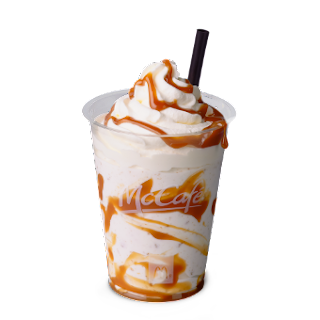 McDonalds Finland Pepper Freak Shake
Gingerbread sauce, couscous sauce, speculoos biscuits
Price Unknown
Order
I have no idea where the name pepper comes into play. I’m not sure why this isn’t just called gingerbread shake? Or just a holiday. Gingerbread is underrated every year and I’m tired of it. Peppermint isn’t that good. It doesn’t need to be in everything. I personally feel gingerbread is much more superior to pumpkin spice. Gingerbread should get attention from September to February at the bare minimum. I tried to look up what the couscous sauce could be but I can't find anything. I would still try this though because like I mentioned in other posts, I want to support companies who take more risks with their desserts.
Source 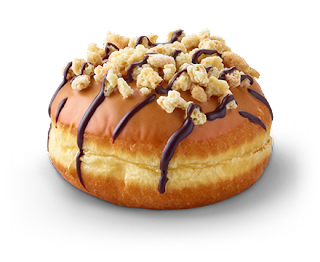 McDonalds Ireland Millionaire’s Doughnut
Iced caramel doughnut with caramel filling, biscuit topping and chocolate drizzle
Price unknown
Order
To be honest, I’m surprised fast food places don’t have more doughnuts. I know McDonald’s in the states has doughnut fries which I haven’t tried yet but this doughnut looks good. I love Carmel, the chocolate drizzle is appreciated to add a contrast. I personally would rather see a nut-based topping over a cookie one but I understand why they made that choice.
Source 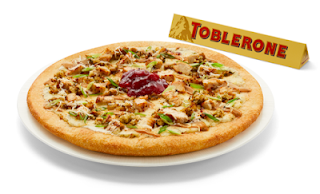 Boston Pizza (Canada) Christmas Pizza
Turkey, stuffing, cream sauce, cranberry sauce and turkey gravy. Toblerone chocolate bars served on the side
Price Unknown
Ignore
I was almost going to say yes until I saw the stuffing. I can’t do the bread-based stuffing. Especially if it’s not homemade. Boxed stuffing tends to be over salted and the other herb flavors seem artificial. I don’t need crust plus another bread item. It’s similar to my views based on breadcrumbs on top of mac n cheese. Other than that, the cream sauce is a unique touch for pizza and I’d like to see more of that.
Source 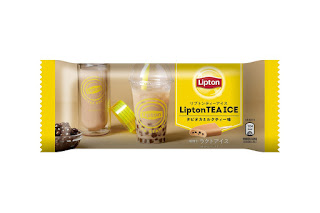 Lipton Japan Boba Milk Tea Ice Cream Bar
¥140
Order
I love milk tea and I have never seen anything like this. It has come to my attention that I’m going to have to try boba so I can have more milk tea, especially if I don’t want to make it myself. I don’t enjoy ice cream sandwiches but this is a whole other thing. I have really got into tea since my mid 20’s so I am excited to see it in other formats. Lipton tea isn’t my favorite but I would give it a chance coming from another country. I just don’t enjoy that strong artificial lemon flavor.