Burger King Fails-
I had no idea Burger King had so many fails that didn’t just have to with food. I have a stronger understanding of why people love it or hate it. The advertisements they tried to get away with were really confusing. Some of the items I have touched on before but this was an interesting read.
Article 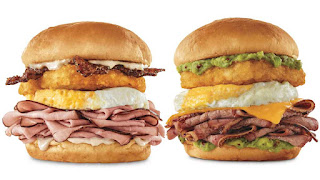 Arby’s Brunch Sandwiches (USA)-
I really like Arby’s but the inconsistency is what stops me. The Bacon, Ham & Egg Brunch Sandwich and The Brisket, Avocado & Egg Brunch Sandwich is being tested in Ohio. The first one has Ham, freshly cracked egg, cinnamon-sugar bacon, a potato cake, and French Toast sauce. The second one has egg, potato cake, cheese, and an avocado spread. I would get the brisket one because French toast sauce sounds like a myth. Fresh eggs are a nice touch.
Article

Panera Grain and Bowl Plans-
Personally, I only really go there for their bagels and egg souffle. However, I think it’s an interesting conversation about more plant-based foods over the fake meat craze that is happening. When I found out that the fake meat tends to not be much healthier, I stopped paying attention. Also, some plant-based meat has things I’m allergic to like peas and oats.
Article

Other things you can do with mayo-
Y’all are not going to keep disrespecting the power of mayo. It is my favorite condiment because you can add so much to it and use it for other things besides adding a tasty layer of flavor to a sandwich. This is basically me trying to get people to like mayo more. Also, some of these recipes look really good from Chowhound.
Article 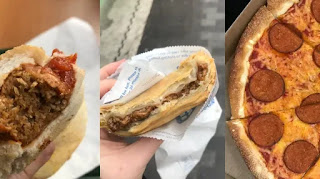 UK Fast Food Vegan Releases-
This is good for my UK followers who are plant-based. I found this to be an entertaining breakdown of what to try and what to skip. I haven’t done too many orders or ignore posts about this so this was a good article and reference.
Article