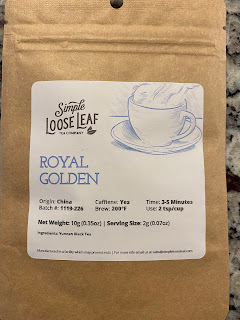 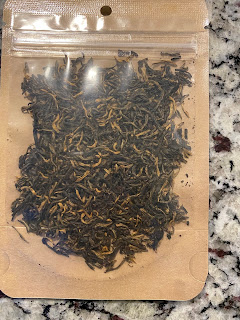 Ingredients: Yuman Black Tea
Caffeinated
Origin: China
Smell: Pretty simple but better than the cheap bagged stuff
Look: It looks like something raked up from the forest
Taste: Plain. This is your basic black tea. No hints of anything, just solid black tea. I prefer more flavor notes. Which is easy to fix, I could just add some cinnamon or whatever. My main issue is that it didn’t seem to have as much caffeine as I expect. I also don’t like that this new bunch I got sent doesn’t say how much caffeine is involved. Last month's set was more detailed. I think the new labels look better but I want to know how much caffeine I’m getting. Now it’s going to be a guessing game which is annoying.