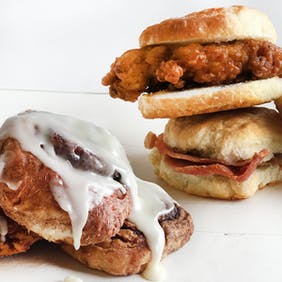 Sunrise Biscuit Kitchen Best Sellers Combo Pack
$119 with Free Shipping
4 Chicken Biscuits + 4 Ham Biscuits + 4 Cinnamon Rolls
This would be such a treat for my grandmother. She hasn’t been able to have classic southern takeout since the isolation started. This is at least eight meals for her. This isn’t something she would probably take the time and make herself. I also like the variety and this would last her a while.
Buy Here 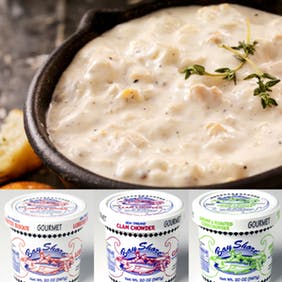 Bay Shore Chowders Cape Cod Bay Sampler
3 New England Clam Chowder, 2 Lobster Bisque, 1 Shrimp & Roasted Corn Chowder
$89 and Free Shipping
Grandma loves soup and will eat it any time of the year. This would be a nice change of pace from the ones she can get at trader joes. 20oz is a lot of soup as well so I wouldn’t mind spending the money. I’m not sure where you can get this much soup that isn’t at Costco. I do wish you could choose what you get in the pack but I think she would really like to have these around. I think she would enjoy the shrimp one the best.
Buy Here 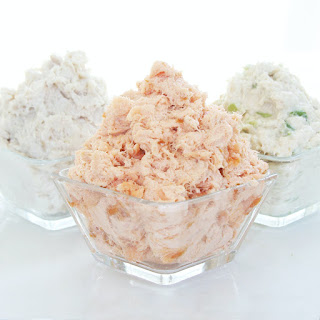 Ess-A-Bagel Smoked Fish Salad – 3 Pack
3 pounds for $139 and Free Shipping
I know grandma buys canned seafood and enjoys smoked fish as well. Any seafood is a safe bet for her. I don’t know where you could buy this in her area so I really think she would like this. I can see her eating it with crackers on her deck. I would get two salmon and one white fish. She would have gourmet premade seafood salad. It would be expensive to make that much and time-consuming so why not buy it made.
Buy Here