TFTT Reacts- Foods in France Tourists are Uncertain About

on June 15, 2020
Apparently, this is a list of foods that people are afraid to try. I would think if you’re traveling to a new area you would try different foods but who knows? Here are some of my personal thoughts if I would try any of these items
Link 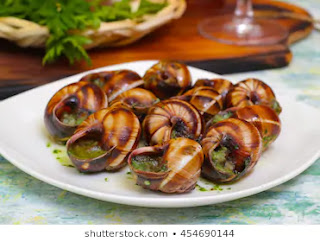 Escargot De Bourgogne (Snails)-
I think I would try these. I’ve had oysters before. They’re usually cooked in garlic and herbs which is a safe flavor profile. I understand the reluctance to a point, usually, you only see them in a garden or on the sidewalk. I would rather eat these over organs anytime. Adding in the fact that they aren’t cheap is certainly a factor of why tourists aren’t buying it. 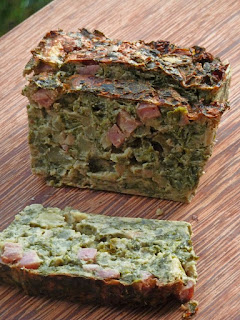 Farci Poitevin (Terrine Wrapped In Gelatin)-
Visually, this is giving 70’s jello mold. According to the article, it is usually made with cabbage, beets, mixed greens, and spices but can have eggs and bacon as well. For me having some meat flavor would encourage me more. I wonder if the gelatin has any flavor at all? I can for sure see this spread on some warm bread so I would try it. This just needs an image makeover. Would you believe I have never tried beets? They look more like a decoration to me than food. 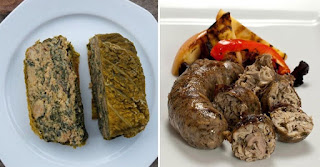 Andouillette: Pig Intestine Sausage-
Okay yeah, I understand the reluctance. I have had pig intestines but I don’t think they are worth the price or the in-depth preparation. The smell, while these are cooking, are some of the top worst smells ever. It takes so long to go away, even with windows open. However, this seems like a better way to eat them. I would order this if I was there. I’m curious about the texture as well. Pig intestines by themselves have a          potentially off-putting soft texture. 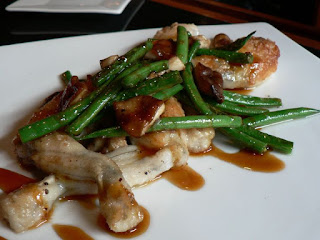 Frog’s Legs
Yall, these aren’t bad. My dad sometimes buys them for seafood themed Christmas. For me, the best way is fried. They taste like chicken with a whitefish texture. There is a flavor of saltwater as well. They can be overcooked so easily because they’re so small. They are pricey though, I would rather get crab or lobster.
france frog meat pork sausage snails travel vegetables