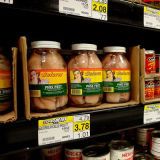 I don’t want to try these. At least not pickled. I have heard of family members eating this in the past but I have never seen this in real life. I like bread and butter pickles and pickled red onions. I can't imagine that flavor in the meat. I’m also concerned about the texture of meat sitting in liquid for who knows how long. I think I could try roasted pigs' feet but that’s about it. I do think we should be using all of the animals if we are killing it but I just can’t imagine eating pickled meat. 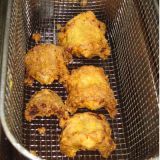 I had no idea people were frying snake. I would try this just because I’m curious about the texture. Plus, I love battered and fried food. Like I have previously mentioned, if we are going to kill animals, we need to use all of it. If this cost more than like $15 though I wouldn’t buy it. This would be a strict curiosity meal. I can’t imagine hunting for snakes just to cook them. I actually like snakes for pets. I went to religious summer camps back in the day and reptiles would come for us to learn about and touch. 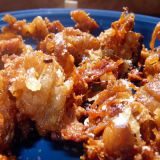 These are not as bad as they look. They’re just a lot a prep work. They need to be aggressively cleaned. At least three times. If you don’t, the smell will linger in your house for hours. These show up maybe every two to three family events. Its something the older generation will cook sometimes. If you have some hot sauce, it’s easier to get through. The texture is really soft, softer than most meats so that can be off-putting. According to this article, they are fried which is news to me. Chitlins would probably be much better fried, especially if you have a sauce or something. I had no idea people were doing that, I need to ask one of my aunts about this.