Source
Would you try any of these? Let's find out. This is one of the most bizarre lists I've come across. 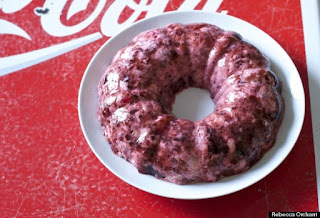 Coke Salad- This is one of the most unsettling jello molds I have ever seen. It looks like zombie guts mixed with toxic waste. Anyone sensitive to blood might pass out at the table. This makes deep-fried soda from the fair look like a reasonable choice. Just have a Coke float! 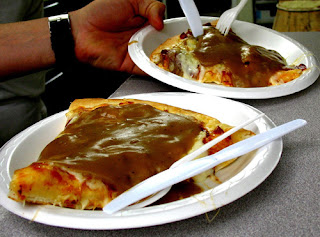 This isn’t the worst thing I've seen. I didn’t realize pizza was at thanksgiving though. I would prefer a cream-based gravy if I was going to do so. I don’t think I would because garlic butter exists but this wouldn’t be the most shocking meal. Maybe a pizza with bacon or sausage would go well here. 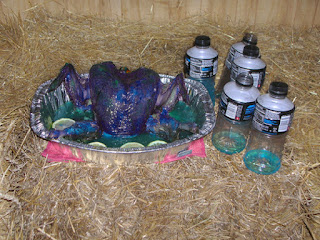 This is the worst turkey I have seen. Much worst than that 3 pound block of cheese stuffed inside a turkey. This is just going to taste burnt. Powerade has a lot of water so wouldn’t it just steam the turkey? Who wants steamed turkey? Especially berry flavored. This belongs in a haunted thanksgiving movie. Turkey is already overrated, this is just a weird science experiment.